So what is a kabob, really? I have a little history lesson tonight to go along with your dinner courtesy of Wikipedia… look it up for the whole story…Kebab is a Middle Eastern dish of pieces of meat, fish, or vegetables roasted or grilled on a skewer or spit originating in the Middle East, and later adopted in Central Asia and by the regions of the former Mongol Empire and later Ottoman Empire, before spreading worldwide. In American English, kebab with no qualification refers to shish kebab cooked on a skewer, whereas in Europe it refers to doner kebab, sliced meat served in a pita. In the Middle East, however, kebab refers to meat that is cooked over or next to flames; large or small cuts of meat, or even ground meat; it may be served on plates, in sandwiches, or in bowls. The traditional meat for kebab is lamb, but depending on local tastes and religious prohibitions, other meats may include beef, goat, chicken, pork or fish. Like other ethnic foods brought by travellers, the kebab has remained a part of everyday cuisine in most of the Eastern Mediterranean and South Asia. It is also popular among Western youth as a snack after a night-out.

Long story short; Meat on a stick, people. Unless you are preparing your own homemade skewers, not a good idea to grill ones from the store or add combinations of meats and veggies. Skewers require a good soak in water to prevent burning- at least 20 minutes- not sure I trust 22 year old Shane to properly soak my skewers for the proper amount of time. Plus, different meats and veggies take different times to cook, so you really have to be careful.

But these skewers were on sale and they looked so pretty. 2 chicken and 2 steak skewers. I took the chicken off the skewers first and cooked them in a hot skillet with a little bit of oil to cover the pan. After the first side was browned, about 10 minutes, I added the steak and veggies. I cooked the other side of the chicken for another 8 minutes. I cooked the steak on 6 minutes per side. I took the meat out and let the veggies cook for another 5 minutes while I cooked the couscous (boxed-follow directions) and steam fresh veggie (cauliflower and broccoli). I got a large bowl and plated the couscous, veggies, then meat on top. Make sure you add in all that delicious juice. This meal came together in under 30 minutes! Take that, Rachel Ray! =) 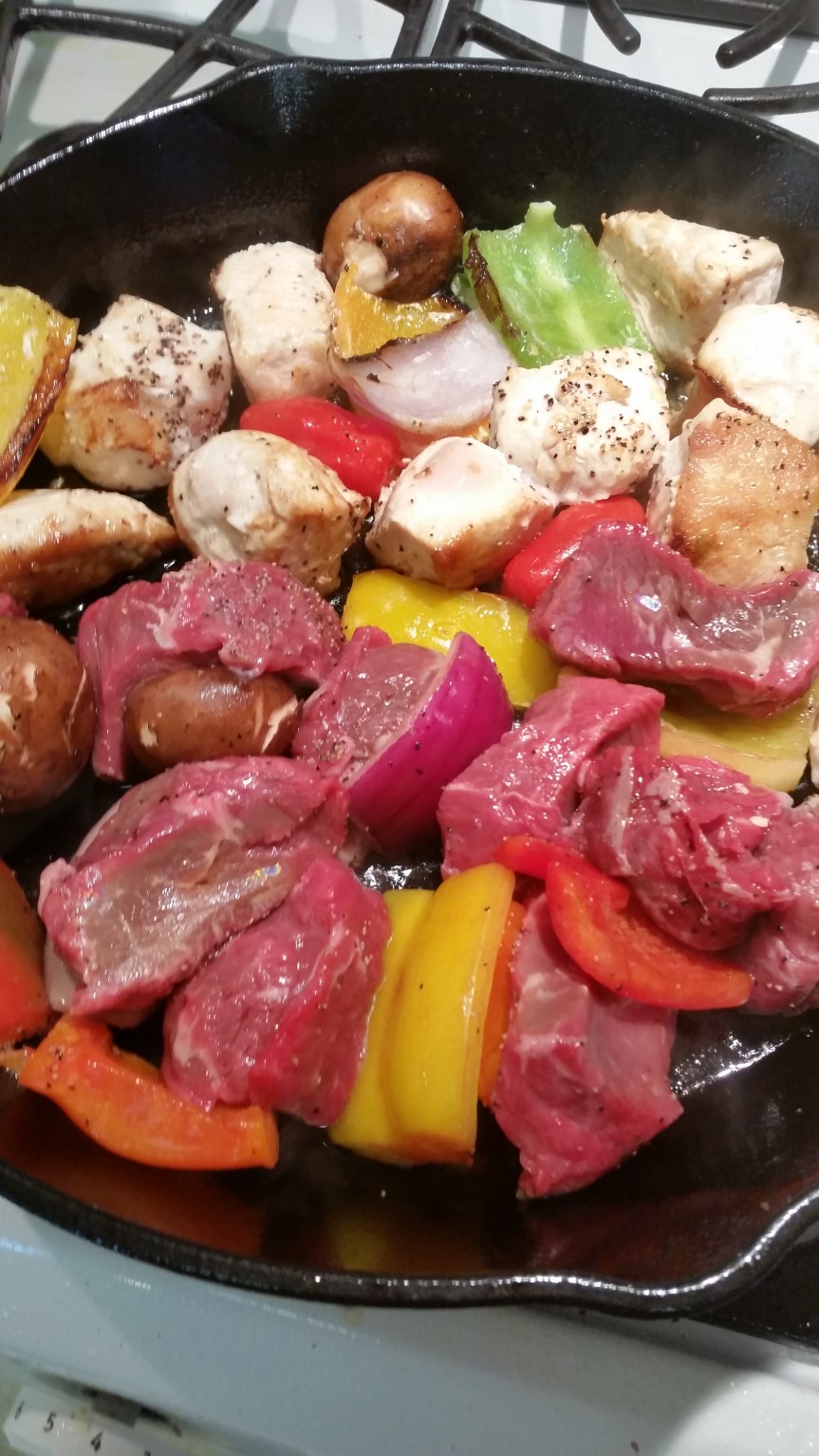 An inside perspective on being a researcher and career advice

The Musings of a Writer / Freelance Editor in Training

Travel to delicious eats, mental health and everything in-between!

Articles about Food, Health and Culture

That Other Petra Guy

🥓🥑🍳 Health and Wellness based, Easy Recipes, and Keto Product Reviews