Happy Friday! So the new year has officially begun, which means January. In Georgia, January and February are notorious for pretty sucktastic weather; i.e cold rain, wind, dark clouds for days, and ice scares. We dismissed school 2 hours early all over the state for fear of snow and ice. It might seem premature, but black ice and bad drivers are never a good thing.

The funny thing is most of metro Atlanta are transplants from all over the country. The ones of us who grew up here get how dangerous black ice is on the roads and we flee to our warm homes that have already been stocked with all the essentials like coffee, Pop-tarts, and wine. You know, just the basics for survival 😉

No snow or ice yet, but it continues to rain pellets as the temperatures drops. We are just hanging out playing and about to watch Star Wars.

I made this yummy pork tonight. So easy! In a baggie,  I added a tablespoon each of salt, pepper, fennel seeds, and olive oil all over a lean pork loin. I let it sit in the bag for about 15-20 minutes.  I brought my large cast iron skillet to a screaming high heat. I browned all the sides. Then, I added it to a 350 oven until the temperature came up to 145 degrees. This is the new pork recommendation temperature, so don’t be afraid of a little bit of pink! Then I let it rest for 3-5 minutes.

Perfection! Always go by temperature instead of time! When it reads 145, take it out and let it rest a bit longer. I added some green beans and a side pasta. Clean plates all around! Have a great weekend!!!!! 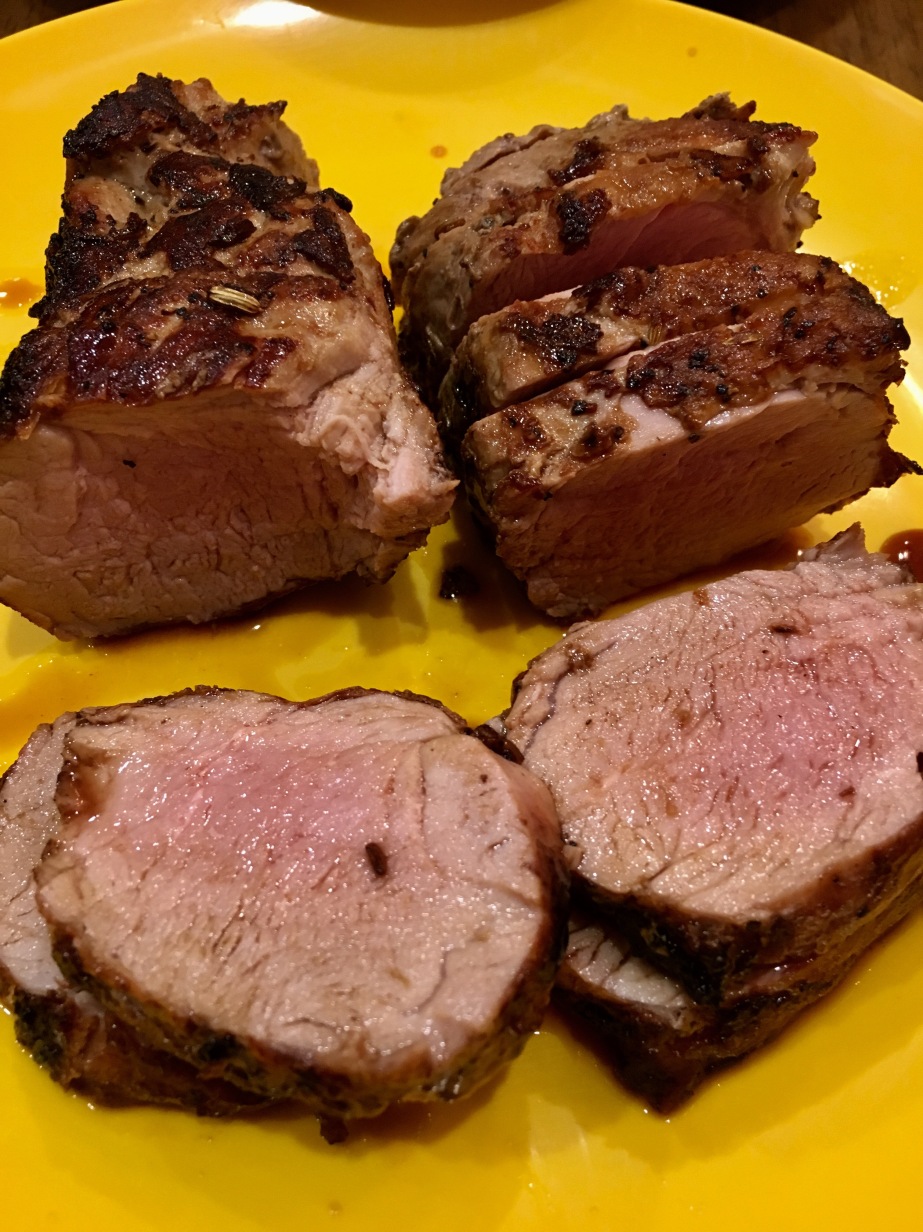